The journey along Iceland's East Coast is filled with rugged coastlines and amazing mountain scenery, or at least what could be seen thru al the fog and clouds.  Visited several towns along the coast including Seydisfjordur which is a quaint harbor town located at the end of one of the most spectacular drives I've encountered so far.  The scenery along the way was just breathtaking!  Also enjoyed a Mitty moment as this was the road that he longboarded down which includes the huge waterfall he passes by. 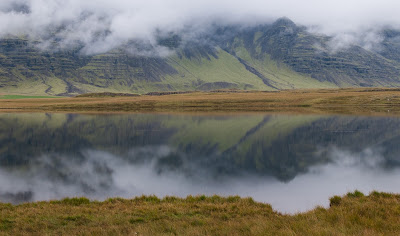 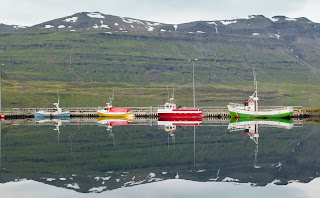