Flew into Iceland Thursday morning. Finally here!!  Spent first few days around the capital city Reykjavik and visiting sights along what is known as the Golden Circle. Gullfoss waterfall is enormous with a vivid rainbow appearing in the spray. Visited the Geysir area which is similar to Yellowstone with the smelly scent of sulphur filling the air. Watched the Strokkur Geysir erupt several times. Found a really cool waterfall, Bruarfoss, that was off the beaten path, but well worth the challenge to find it. And surprisingly, got my first glimpse of the Aurora (Northern Lights) on my 2nd night here, very cool! 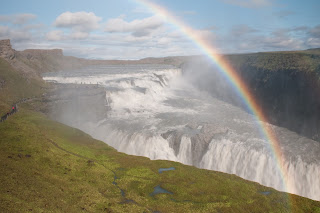 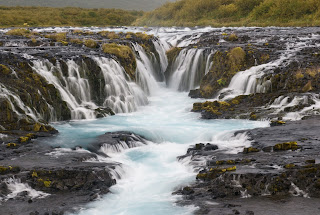